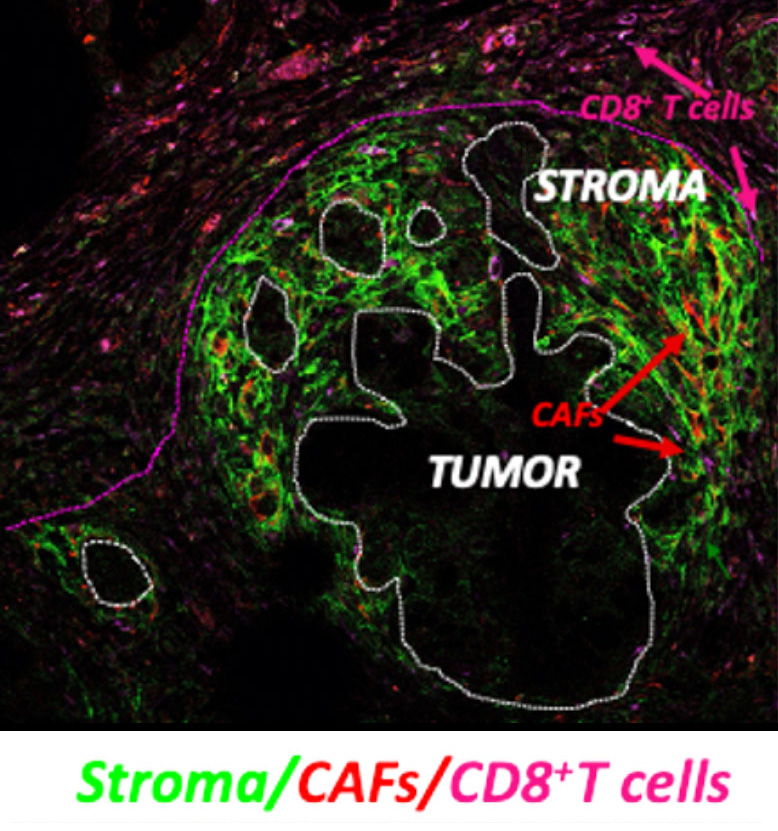 StromaCare is opening a new therapeutic avenue by targeting the tumoral Stroma by a fine tuning approach.
‍
The scientific team identified a stromal protein, βig-h3/TGFBI, as appearing very early in the tumor stroma in Humans and mice.
‍
The scientific team was the first to identify the mechanism of action of this protein in cancer evolution.
‍
The presence of this protein decreases the cytotoxic activity of antitumor CD8+ T lymphocytes and in addition helps stiffen the microenvironment, making the tumor less accessible to the immune system. 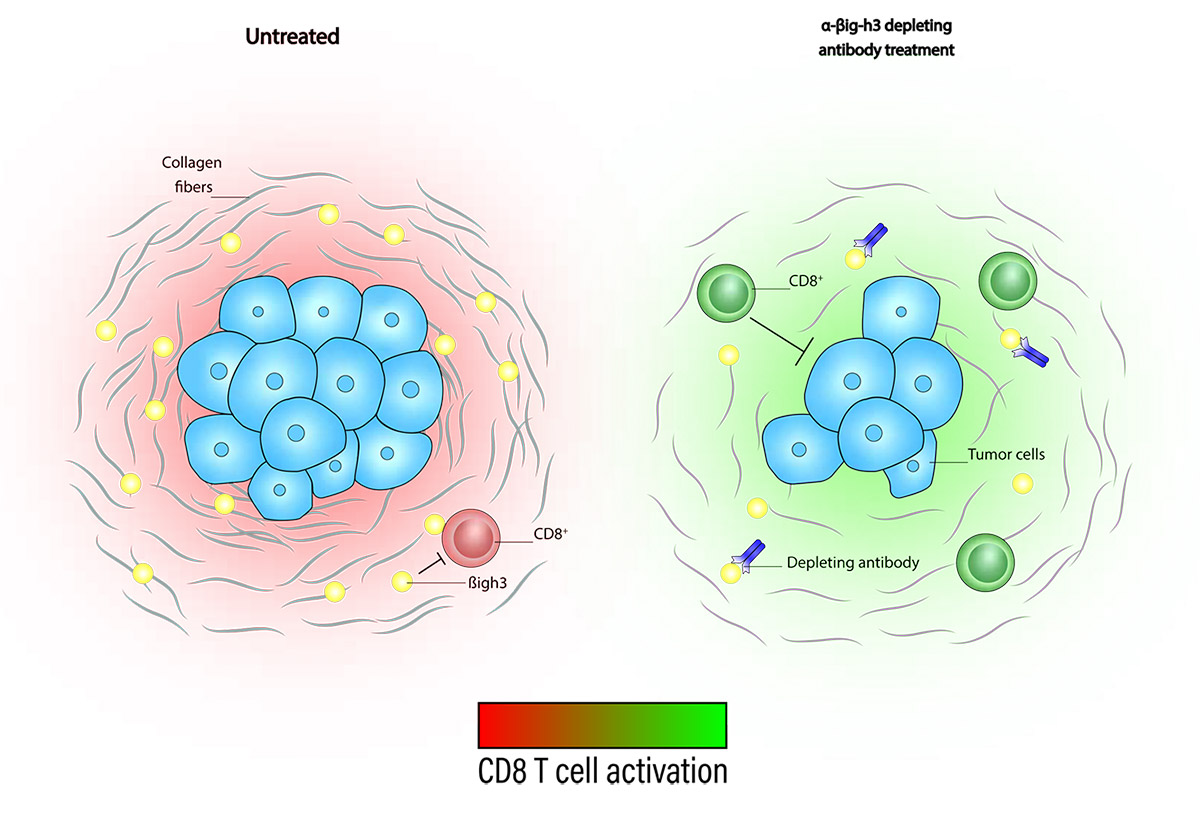 A specific murine mAb was specifically designed to address βig-h3

The scientific team demonstrated that treatment with the mAb standalone allows for reducing tumor progression and increasing survival in several mouse cancer models.
‍
In addition, experiments using the mAb in combination may complement or even synergize the anti-PD1 treatment in mouse cancer models.
‍
From that robust proof of concept, the lab mAb was processed for Humanization. We are in progress of characterizing this therapeutic Zumab in order to reach First in human in 24 months. All data are patented.

Identification of a major stromal target:  βig-h3
a well-documented mechanism of action 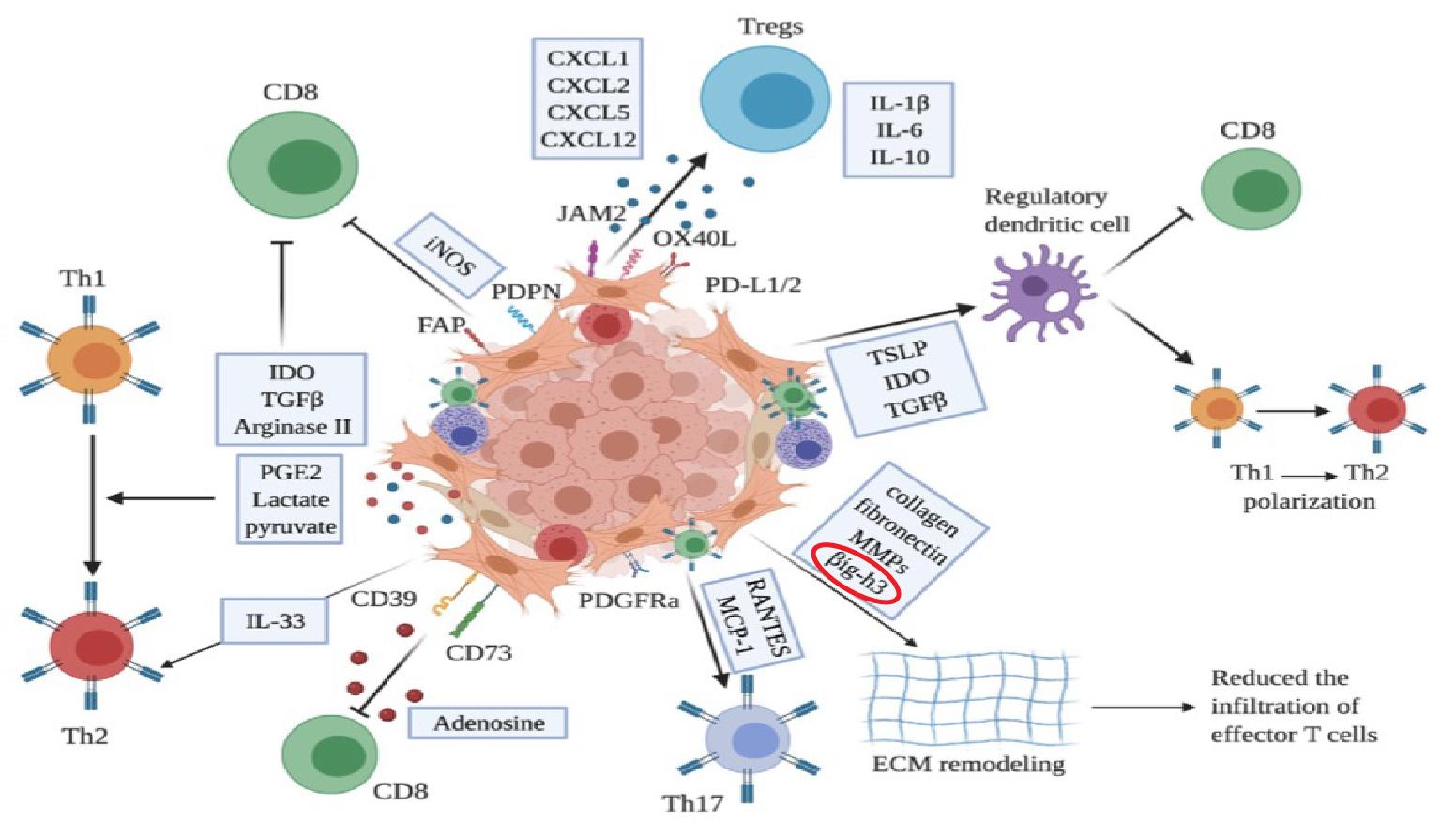 “high levels of matrix protein βig-h3, which may act directly on tumor- specific CD8+ T cells and on macrophages (31).Together, these studies provide evidence for modulation of the innate and adaptive immune microenvironment by PDAC CAFs and the dense ECM they produce.Targeting these mechanisms may hold promise in evoking efficacy of immune checkpoint blockade, which is otherwise ineffective in PDAC (ref. 32; Fig. 1). “